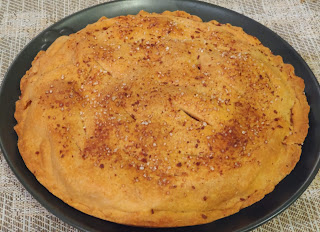 A few drops of oil to top the filling

1. Firstly, take a bowl and sieve wheat flour, plain flour and salt. Mix them well. Now, add oil and with the help of your fingers, mix the oil in the flour evenly to get a breadcrumb texture. The whole mixture should look like breadcrumbs as this would result in a giving a flaky texture to the crust.

2. Next, add water as required and bind the whole mixture together. Do not knead to a proper dough. Just gather everything together to form a dough. Allow it to rest for 5-10 mins.

3. Now, in another bowl, take the peeled and sliced apples. To it mix the cinnamon powder, wheat flour and sugar. The filling is ready.

5. Next, divide the dough into two equal parts depending on the size of your pie pan. Roll the divided dough parts on a dusted work surface. Place one of the rolled dough gently on the greased pan and press them towards the bottom and the edges.

6. Further arrange the apple pie filling evenly on the bottom pie crust. Top the apple slices with some drops of oil.

7. Now, cover the pan with another rolled dough and fold the edges of the top crust over and under the bottom edges. Cut through the top pie crust with a fork or a knife from the top so as to allow the steam to pass while baking.

8. Brush the top pie crust with soy milk or regular cow milk (if not vegan) and sprinkle some cinnamon powder and sugar on top. Further bake the apple pie in a pre-heated oven at 180 degree Celsius for 50-60 mins or until the crust turns golden and crisp.

9. Finally, serve apple pie (eggless and vegan) warm or at room temperature. You can also refrigerate the apple pie in an airtight container and have them later. 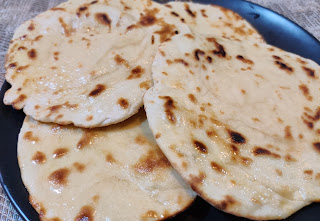 Ingredients:- 1 cup all purpose flour 1 tsp sugar 1 tsp baking powder 1/2 tsp baking soda Salt to taste 1/4 cup curd 1.5 tsp oil Water as required Method:- 1. In a large mixing bowl take all purpose flour, sugar, baking powder, baking soda, salt, curd and oil. Mix them very well so that all the ingredients are combined well. 2. Now add water in parts and begin to knead the dough. Knead to a soft and smooth dough. Cover it with a moist cloth and keep it in a warm place for 2 hours. 3. After 2 hours, knead the dough slightly to remove any amount of air that is present in the dough. 4. Pinch a small ball sized dough. Gently roll the dough with the help of a rolling pin. Do not make the naan too thick nor too thin. 5. Grease with water all over the naan so that it easily sticks to the tawa. 6. Place the naan over the tawa keeping the water coated side down the tawa. After a minute of cooking in the tawa, place the naan directly on the flame and cook it till 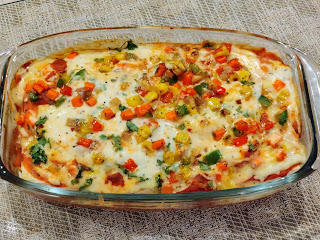 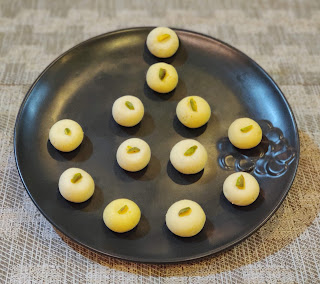 Ingredients:- 3 cup full cream milk 3-4 tbsp curd/lemon juice 2 1/2 tbsp powdered sugar 1/4 tsp cardamom powder A few saffron strands 1 tbsp pistachios/almonds to garnish Method:- 1. Firstly, boil 3 cup full cream milk in a heavy bottomed pan stirring occasionally in between. 2. Turn off the flame and add 3-4 tbsp curd/lemon juice to the boiled milk. Mix them well till the milk curdles. 3. Drain off the curdled milk using a muslin cloth. Rinse with cold water making sure that the paneer remains soft. However, rinsing is not required if the milk is curdled through curd. 4. Squeeze and drain off the water. Now, hang the cloth along with the paneer for 25-30 mins. Keep a note of not hanging it for a long time, as in that case the paneer looses its moisture completely. 5. After 30 mins, mash the paneer well for 8-10 mins. Mash till the paneer turns smooth and soft. 6. Now, add 2 1/2 tbsp powdered sugar and combine well. Transfer the paneer dough to the kadai. 7. Cook f